You can build a synth with just one chip that is often available for a dollar or less!

Below is a schematic that shows you how to make an oscillator. Once you have made an oscillator that makes a tone, you can then repeat that part of the circuit for all 6 pairs of legs on the chip!

Then you have 6 oscillators. Try experimenting and mixing them together in different ways - run them into eachother using capacitors, LED's, knobs, or make a simple mixer to adjust their volume.

You can make a mixer by just connecting your signal to the middle lug of a potentiometer knob, the ground or negative to one of the side lugs, and your output is the lug on the opposite side.

CD40106 is a really common chip. It is a hex schmitt trigger inverter which sounds scary but it just means that it inverts its input. If you use a capactior and a resistor between the input and output, it will oscillate producing a tone. I haven a couple times scrapped CD40106 chips from electronics but they aren't super common. Hex Inverters are usually found in things like weather radios and old baby monitors, but they are very cheap to buy new. 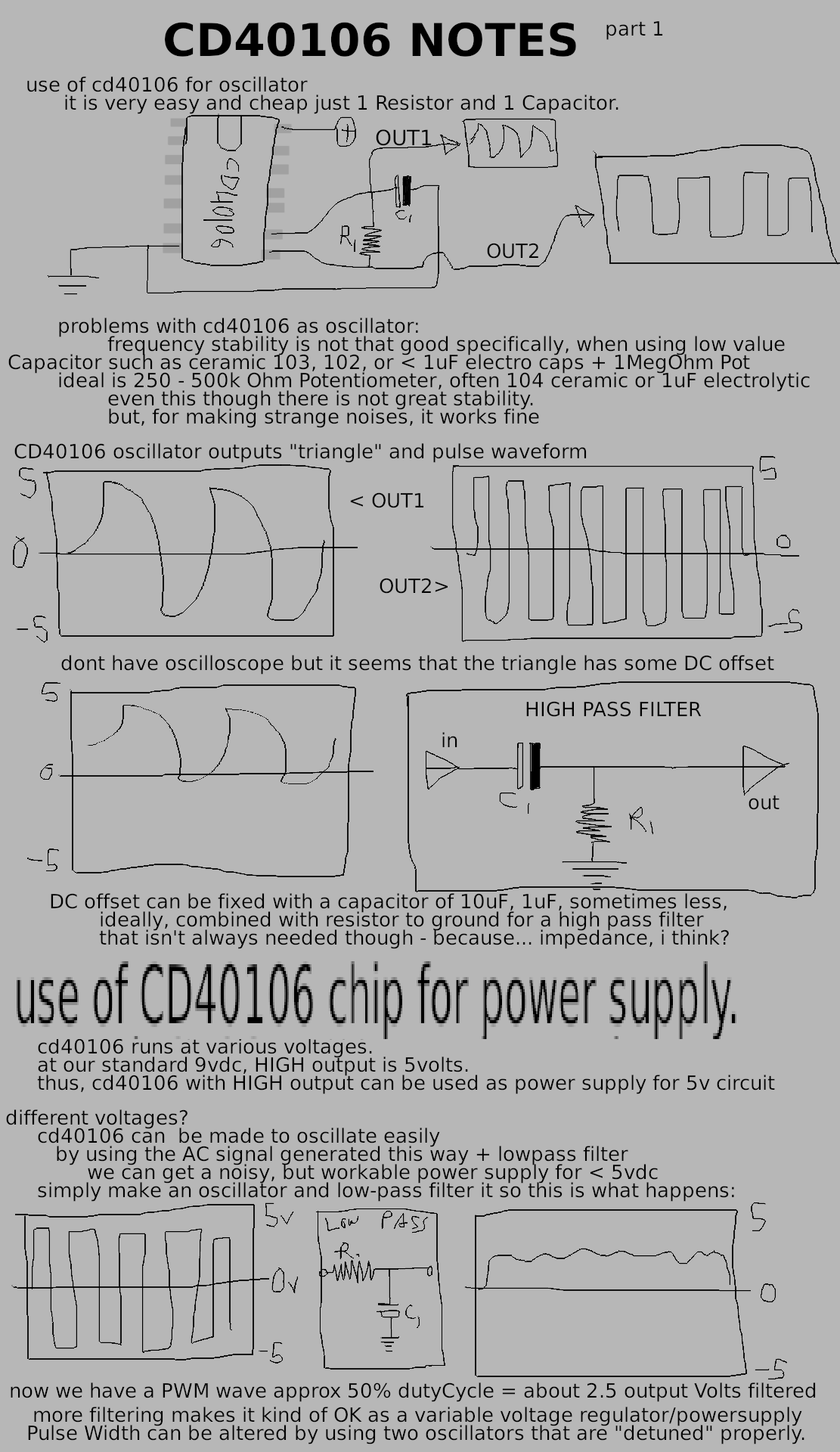